Let me know which tree you would like and I will drop it off on your porch. The deadline to order is Sunday, April 27th at 8am. 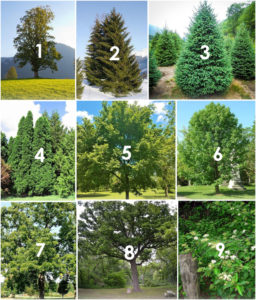 This is a program for low-income renters with adjusted net incomes below $35,000 for families, or $20,000 for individuals who pay at least 30 per cent of their adjusted net income on rent.Applicants have to be paying rent for their own primary residence in Canada, and need to apply on their own behalf.In order to receive this $500 payment to help cover rent, applicants need to confirm they: Have filed their 2021 income tax and benefit return; Are at least 15 years of age as of Dec. 1, 2022; Are a resident in Canada for tax purposes in 2022; Have their principal residence in Canada as of Dec. 1, 2022; Have paid rent for their own shelter in 2022; and Have paid at least 30 per cent of their 2021 adjusted net family income on rent in the 2022 calendar year.#canadianrenter #canadianrentsupport #canadianrealestate #guelphrealtor ... See MoreSee Less

Applications are now open for low-income renters looking to access the one-time top-up to the Canada Housing Benefit that will see those eligible receive an additional $500. Here's what you need to kn...
View on Facebook
· Share